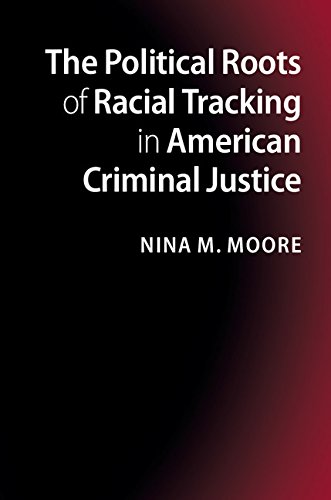 Initially, readers of Nina M. Moore’s book may be skeptical about the author’s bold contention that most prior theorizing—both liberal and conservative, at both the micro and macro levels—about racial disparities in the American criminal justice system has been unable to adequately explain these pervasive injustices. Moore argues, generally, that racially discriminatory treatment of blacks within criminal justice endures primarily because policymakers and the public have allowed it; they are complicit in its perpetuation. She then describes how the influences most commonly proffered to explain these racial disparities—discrimination by individual criminal justice practitioners, laws that target blacks, disparate involvement of blacks in crime, and cultural differences—can exist only within a structural framework that sustains them. The imperative asserted here is that we must consider the role of the entire body politic, including citizens, courts, policymakers, lobbyists, academics, and mass media, rather than identifying single contributors to the problem. Thus, Moore’s thesis is not, in fact, mutually exclusive of prior research, thereby making her arguments compelling for readers with wide-ranging views on race and crime (although she does find certain theories more credible than others).