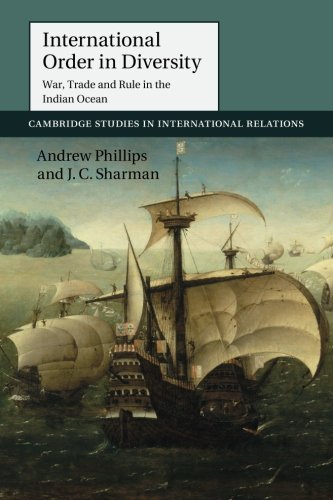 Mainstream international relations scholarship assumes that the default political unit is the sovereign state and hence that the international system comprises such states in strategic or social interaction. Even scholarship that explores failed or partially sovereign states treats departures as anomalies and, often, things to be fixed. In this arresting book, Andrew Phillips and J.C. Sharman argue that a teleology shapes international relations research: namely, that the sovereign state dominates because it is the human race’s fittest political unit. It has evolutionary advantages—military, technological, economic, social—over alternative forms. Thus, the international system that emerges from states’ interactions is the final form of global politics.

Phillips and Sharman challenge this teleology with a sustained analysis of a region and time period that international relations has barely attended to: the Indian Ocean littoral from 1500 to 1900, where three types of polities—the sovereign state (the Portuguese Estado da Índia), the empire (chiefly the Mughal), and the company sovereign (the Dutch and English East India Companies, respectively)—interacted and thrived for centuries to mutual benefit. The persistent heterogeneity of political units in this vast region during this 400-year period shows that under certain

Reliable Partners: How Democracies Have Made a Separate Peace, Charles Lipson Reviewed by John Owen