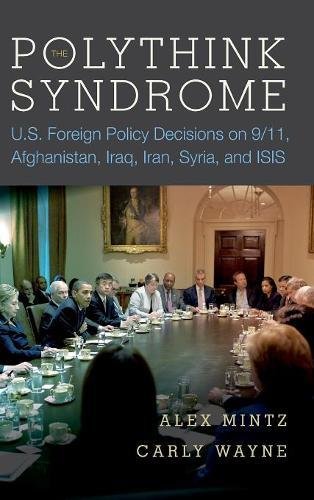 This book provides an excellent counterbalance to studies that focus exclusively on “groupthink.” That term—which denotes a collective rush to judgment and an unwillingness to revisit other options once an alternative has been reached within a decision-making group—is now so accepted by practitioners and scholars that it is routinely used by prime ministers and presidents (see, for instance, David Cameron’s House of Commons speech in the immediate aftermath of the July 2016 Chilcote Report on British involvement in Iraq, or the much earlier U.S. report into September 11, 2001). What the authors term “polythink” is essentially the polar opposite of this: rather than denoting mass agreement, it refers to the fragmentation and paralysis that can beset any decision-making group. Whereas groupthink verges on total agreement among the inner circle of advisers, polythink focuses on the fault lines within an administration that can also bedevil its decision making. Using a range of examples drawn from the U.S. government’s response to September 11, Iraq, Afghanistan, Iran, and Syria, the authors convincingly show that polythink is just as prevalent as groupthink and that it can lead to a host of policymaking difficulties and undesirable outcomes.

The Polythink Syndrome provides a very welcome and innovative antid