John Adams and the Fear of American Oligarchy, Luke Mayville 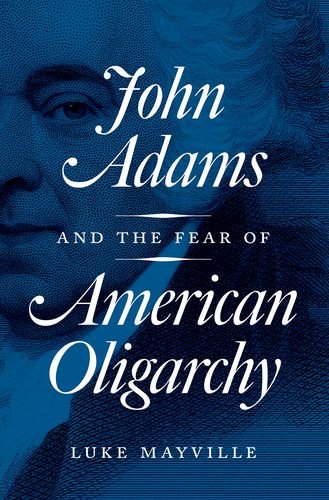 The American Founders were not political philosophers but thoughtful statesmen. Such an assessment is uncontroversial if we, their descendants, look upon our estimable ancestors soberly, an assessment that is tacitly illustrated in Luke Mayville's book on the political thought of John Adams. Mayville's book successfully recovers Adams's political thought from that of a reactionary conservative with oligarchic sympathies to a prescient statesman who feared the propensity of the new American republic to drift toward oligarchy. Moreover, he successfully demonstrates that Adams's fear was warranted insofar as he saw that the power of wealth lies not in what it purchases but in what it invokes in modern commercial republics: admiration. And yet as Adams's political thought is that of a thoughtful statesman, so Mayville's book offers an incomplete diagnosis of a systemic ill in the American republic.

The book is divided into an introduction, four chapters, and a conclusion. The introduction advances Mayville's thesis that Adams feared the latent power of oligarchy in the new American republic; the first chapter, Adams's qualified embrace of mixed regimes such as the American and the perennial threat of oligarchy to them as outlined in his Defense of the Constitutions; the second, Adams's reasons for fearing a perpetual oli