The Prometheus Bomb: The Manhattan Project and Government in the Dark, Neil J. Sullivan 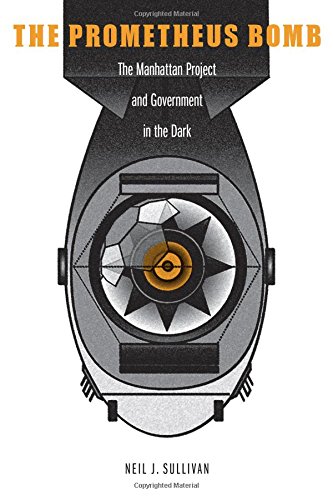 The Manhattan Project, America's herculean effort to build an atomic bomb, has been the subject of much scholarship, most of which has focused on its international dimensions. In The Prometheus Bomb: The Manhattan Project and Government in the Dark, Neil J. Sullivan discusses the atomic bomb program's impact on public policymaking and democratic governance in the United States. By examining the secret decision-making process that made the United States a nuclear power within the context of a historical discussion of the Madisonian system—the way the nation's Founders intended policymaking to function—Sullivan analyzes the unprecedented policymaking challenges faced by Franklin D. Roosevelt and his advisers.

How the Roosevelt administration responded to these challenges was not just important to explaining why the Manhattan Project succeeded in making the United States a nuclear power. Sullivan asserts that secretive wartime decision-making created precedents for how modern presidents have engaged in policymaking. An examination of the Manhattan Project, Sullivan explains, reveals an important goal for contemporary American democracy, the need to “strike a balance in our government between authority and restrain in the face of scientific challenges the framers of the Constitution could not have imagined” (p. 7). The r