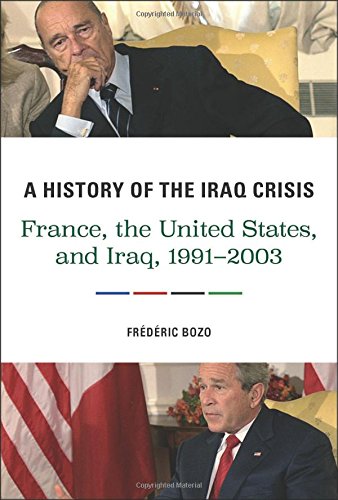 The history of the transatlantic standoff between France and the United States over Iraq has been told many times. In 2004, Philip Gordon and Jeremy Shapiro offered a useful first draft of history in their Allies at War. That was followed by numerous journalistic accounts, scholarly analyses, and insightful, if often self-serving, memoirs. Drawing on a wealth of French diplomatic documents, Frédéric Bozo presents a more fine-grained picture of French government thinking during the crisis than has hitherto been available.

Bozo shows that there were important intragovernmental disagreements between French policymakers at the Elysée palace (the French presidency) and the Quai d'Orsay (the foreign ministry) in the run-up to the war. From the fall of 2002 onward, senior foreign ministry officials—such as Jean-David Levitte, France's ambassador to the United Nations, and Bruno Le Maire, senior adviser to Foreign Minister Dominique de Villepin—emphasized the likely costs of opposition to the United States, which in their view risked “breaking the strategic link” between Paris and Washington (p. 135). Villepin seems to have believed that France should refrain from vetoing a United Nations (UN) Security Council resolution authorizing the use of force (p. 139). After it became clear in early 2003 that the Geor