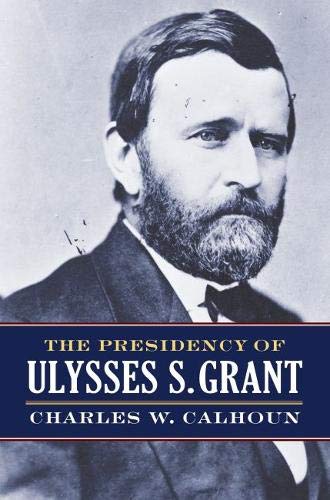 Despite a wealth of recent scholarship on Ulysses S. Grant, a comprehensive study focused solely on his presidency has been noticeably lacking. That void has been filled by Charles W. Calhoun's The Presidency of Ulysses S. Grant. Untrusting of a preponderance of flawed scholarship and to “dispel myth and misinterpretation,” Calhoun's intent is to begin anew, to conduct tedious research accessing the fertile primary source material concerning Grant's presidential years, most notably in the Library of Congress and the Ulysses S. Grant Presidential Library in Starkville, Mississippi (p. 5).

Driven by a sense of duty and with an agenda undefined, Grant entered the White House with little self-promotion. Revered in the North and respected in the South, Grant was elected to heal a nation and government divided in the immediate aftermath of an acrimonious struggle between the executive branch and Congress. And though he was a political neophyte, Calhoun suggests, Grant entered office with a wealth of administrative and organizational experience gleaned from his service as commanding general during the Civil War. Further, from lessons learned while caught in the middle of the poisoned relationship between his predecessor and Congress, Grant received a sobering indoctrination into the art of political intrigue.