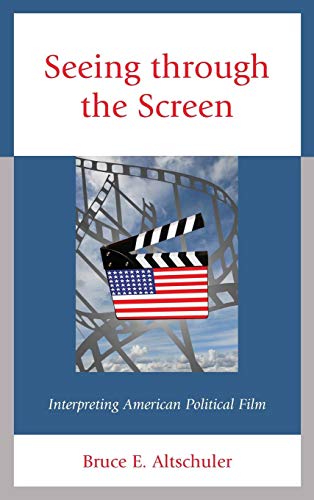 Bruce E. Altschuler's book begins with a definition of what constitutes a political film. He argues that we should start by defining “politics” so as to have a handle to determine “what should be included in a film to consider it ‘political’” (p. vii). His definition of politics is an updated version of Harold Lasswell's famous one (“who gets what, when, how”) that makes room for a sense of political processes and the influence of nongovernmental actors on the societal allocation of benefits and costs.

After providing this methodological handle, Altschuler summarizes a few major films that contain enough politics to be termed “political.” The book is divided into eight chapters, each of which is further divided into subsections dedicated to individual movies listed in chronological order. Thus, for example, the chapter on “The Media” begins with Orson Welles's Citizen Kane (1941) and, before ending with George Clooney's Good Night, and Good Luck (2005), it examines Alan J. Pakula's All the President's Men (1976), Sidney Lumet's Network (1976), Sydney Pollack's Absence of Malice (1981), and James Brooks's Broadcast News (1987).

The book may be useful as a collection of quick entries