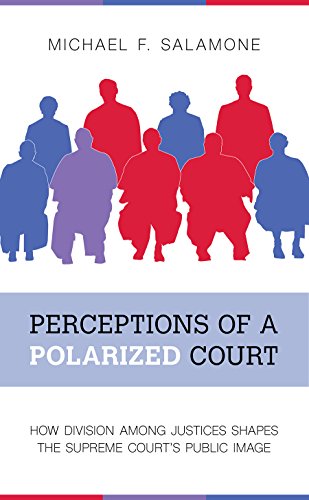 In Brown v. Board of Education, U.S. Supreme Court Chief Justice Earl Warren sought a unanimous decision because he feared widespread resistance to school desegregation. In National Federation of Independent Business v. Sebelius, Chief Justice John Roberts sought unanimity because he feared that overturning the Affordable Care Act would further politicize the court. In his book Perceptions of a Polarized Court, Michael F. Salamone argues that both chiefs were seeking the wrong remedy. In salient cases, the voting breakdown does not influence public agreement with or acceptance of a Supreme Court decision. In other cases, Salamone finds that the effect of voting division appears to be highly conditional.

The premise of Perceptions is that the court has become hyperpartisan. Hyperpartisanship means there is a combination of ideological polarization, partisan sorting, frequent divisiveness, and close ideological balance among the justices (p. 4). The consequences of hyperpolarization are that unanimity is more difficult to come by in the Roberts era and that “division is often considered to be synonymous with polarization” (p. 12) in the eyes of the public.