The Insurgents: David Petraeus and the Plot to Change the American Way of War, Fred Kaplan 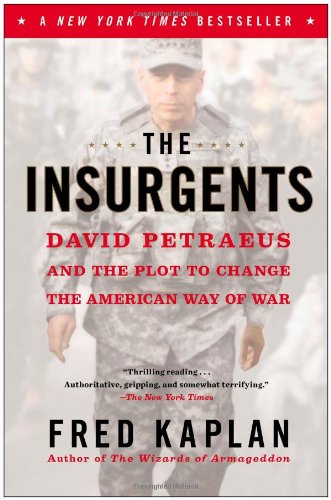 In this journalist’s history of the second golden age of counterinsurgency, Fred Kaplan recounts the struggles of counterinsurgency advocates to convince a skeptical military and civilian leadership of their ability to restore order in Iraq and Afghanistan. He is a faithful chronicler of interested parties, an heir to the tradition of Polybius and Josephus. As in any work of this kind, he is a prisoner of his sources. The result is a story that is clearer than truth, a fitting but largely uncritical summary of the “COINdinistas”’case.

This reliance on the testimony of his subjects obscures the Machiavellian genius of the advocates, first among them General David Petraeus. He and his disciples convinced many of their fellow warriors of the Hippocratic imperative of counterinsurgency: first, do no harm. But Petraeus’s true genius lay in his ability to co‐opt skeptics inside and outside the military. His courtship of academics, non‐governmental organizations, and pundits bought him lever­age in the bureaucratic battles inside the military and preempted or at least postponed the criticisms of academia. His sense of timing contributed more directly to the dramatic turn in Iraq; there, his willingness to ignore his own doctrine and push money and weapons to the turned insurgen