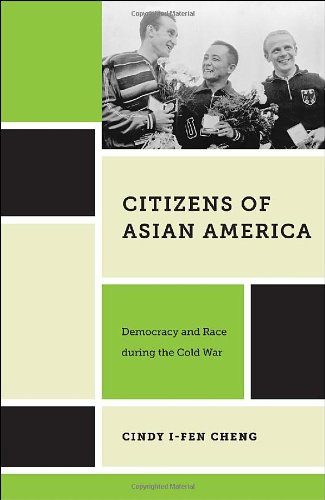 In this book, Cindy I‐Fen Cheng describes how the public and the U.S. gov­ernment after World War II saw people of Asian ancestry as what she calls “foreigners‐within.” This perception led to two seemingly contradictory out­comes for the Chinese Americans and Korean Americans at the center of Cheng’s study. Successive Cold War presidential administrations understood the negative impact of American racial discrimination on the nation’s foreign policy aims, so officials praised the integration of Asian Americans into U.S. society as a sign of the country’s democratic character. At the same time, authorities targeted Chinese Americans and Korean Americans as potential security threats, in large part because their national origins supposedly linked them to Cold War enemies.