Miami Transformed: Rebuilding America One Neighborhood, One City at a Time, Manny Diaz 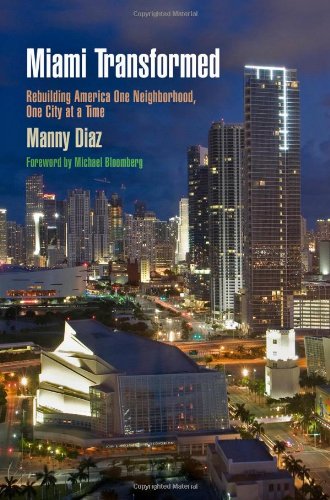 “Mayors throughout America are the government of first resort,” argues former Miami Mayor Manny Diaz, but “they have also become the government of last resort” (p. 201). Miami Transformed recounts how Diaz confronted challenges in one of America’s most‐diverse cities at a moment of major transformation (2001–2009). His tone is conversational and the analysis often simplistic. But faced with global challenges and federal dysfunction, his unalloyed confidence in cities and mayoral capacity is worth considering.

Miami Transformed is at once autobiography, political memoir, and mani­festo. Written for a general audience, it feels like campaign material (Diaz has explored running for statewide office). It traces a classic immigrant tale of his family’s exile from Cuba in 1961 and growing up in Miami’s Little Havana. But while his parents and their generation “were focused on change in Cuba,” for Diaz “many in my generation focused on change in Miami” (p. 31). Diaz’s early activities centered on key issues of the time: diversity and legislative redistrict­ing, the growing role of exit polling (which he introduced to the future Univision), and fund‐raising and the “ground game.” His primary career is as a lawyer, a