Hot Books in the Cold War: The CIA-Funded Secret Western Book Distribution Program Behind the Iron Curtain, Alfred A. Reisch


Reviewed by A. Ross Johnson 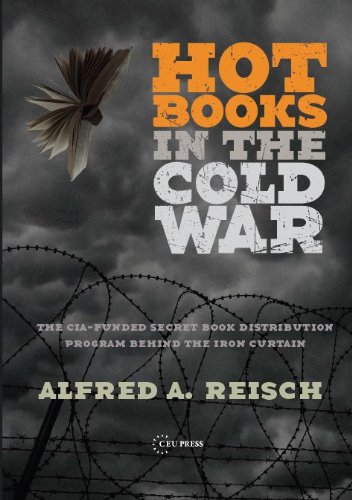 Radio Free Europe, broadcasting to five East European countries, became a household word in the United States during the Cold War. It was the major activity of the Free Europe Committee (FEC), a public‐private partnership between the Central Intelligence Agency, the State Department, and influential private citizens. Complementing radio broadcasts, the FEC also targeted East­ern Europe with a printed word program. In its first phase, leaflets and mininewspapers were dispatched with fanfare by balloon. In its second phase, Western books and East European underground literature published in the West were sent without publicity to Eastern Europe by postal mail and by travelers.

Former FEC official John P.C. Matthews was the first author to publicize the “book program” in his 2003 article, “The West’s Secret Marshall Plan for the Mind.” Alfred Reisch oversaw the Hungarian project until 1974. His book (completed just before his death in 2013) provides an encyclopedic, scholarly account of the origins, operations, and impact of the program. Conceived by FEC official Samuel S. Walker as an instrument to encourage “transformation of the communist system by an evolutionary process” (p. 16), the “book pro­gram” was developed and managed almost single‐ha