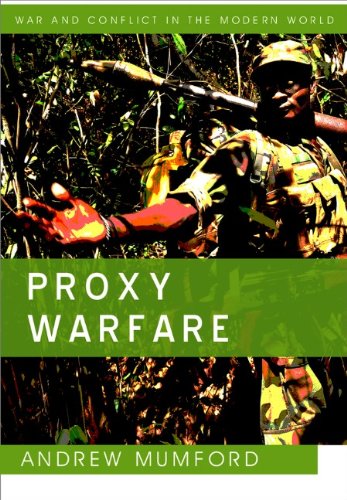 Andrew Mumford’s volume explores a long‐prevalent yet under‐theorized element of modern military conflict, proxy warfare. By including state employ­ment of state or non‐state proxies against non‐state actors, as well as non‐state reliance on other non‐state actors, the definitional scope of proxy warfare is broadened well beyond its traditional bounds of paramilitary violence guided from afar by states against rival states. Rich with micro case studies spanning from the Cold War to the present, Mumford’s book suggests not only why this violent phenomenon has persisted, but why it is likely to become the prevailing form of warfare in the twenty‐first century.

Proxy Warfare is a firmly realist work, arguing that although state and nonstate “benefactors” may use violence to pursue ideological objectives, the selec­tion of proxy war owes to the dual influences of risk aversion and the “obsoles­cence of major war.” Regarding the former, Mumford demonstrates that proxy wars both perpetuate and circumvent the security dilemma by allowing bene­factors to demonstrate military resolve toward rivals via proxies while main­taining plausible deniability regarding their sponsorship. This observation implies that major wars have become archaic owing to their moral