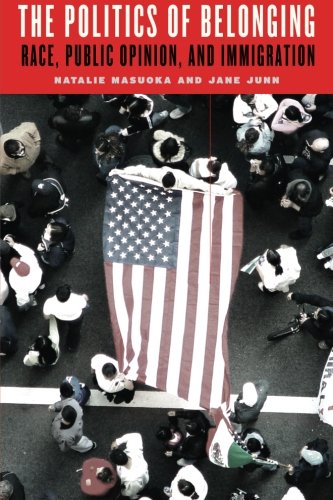 When studying public opinion regarding immigration, scholars tend to focus on the effect of partisanship or ideology on Americans’ policy preferences. Rarely do political scientists consider factors like race or ethnicity as anything other than a simple control variable in the analysis. In The Politics of Belonging, however, Natalie Masuoka and Jane Junn move the study of racial identity to center‐stage by arguing that the distinct historical experiences of America’s largest racial groups—whites, African Americans, Latinos, and Asians—shape important differences in their attitudes toward immigration.

But The Politics of Belonging is much more than a book about immigration; instead, it is a study of intergroup relations and the effects of the perceived racial hierarchy in American society. In concert with existing research, Masuoka and Junn provide evidence that despite their differences, the public widely recog­nizes and agrees upon the rank ordering of racial groups along the status hierarchy, which they liken to a tilted diamond shape. They find that white Americans rank highest in group status because of their ties to the country’s “Founders” (for example, see Huntington, 2004), while Afric