Forgotten Foundations of Bretton Woods: International Development and the Making of the Postwar Order, Eric Helleiner 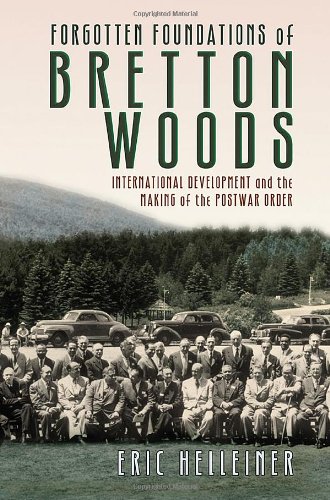 Historical memory often runs the risk of oversimplifying the past. After three-­quarters of a century, who remembers much of what actually happened at the famous Bretton Woods Conference of 1944? In three weeks (July 1–22), 44 wartime allies managed to agree on the creation of a pair of entirely new multilateral institutions, the International Monetary Fund (IMF) and the International Bank for Reconstruction and Development (World Bank), es­sentially setting the framework for the postwar economic order. Pick up any standard treatment, and what you will read is that the negotiations were dominated by two major powers: the United States, led by Harry Dexter White, and Great Britain, led by John Maynard Keynes. It was the Americans and the British, along with their European allies, that set the agenda and determined the final outcome. Poorer nations (the “South”) had little voice or leverage. Their interest in promoting economic development was conveniently swept under the rug.

In fact, as Eric Helleiner ably demonstrates, the reality was quite different. In a masterly historical analysis based on extensive archival research, Helleiner shows that poorer nations were anything but voiceless. Their delegates played an active role in shaping the discussions, and their development aspirations were by no means ignored. In previous works on topi