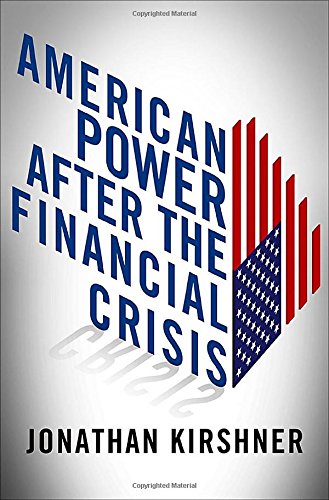 It is always a pleasure to read something by Jonathan Kirshner. His style is lucid, informed, and replete with a wry sense of humor. Above all, he is emphatic. Not for Kirshner are the meek caveats of classical scholarship. His intention is to tell us what he really thinks, in as unvarnished a fashion as possible. The advantage of his approach lies in its bluntness: bold claims are permitted. The disadvantage is that it leaves room for lesser mortals to poke holes in his arguments.

With this book, Kirshner joins a long-running debate over prospects for American power in the twenty-first century. Is the geopolitical supremacy of the United States in decline? On one side are optimists who cite America’s many enduring strengths, both economic and political. Kirshner, however, places himself firmly on the side of “declinists” who see little reason to doubt that U.S. primacy is coming to an end. In his words, “U.S. relative power and influence are eroding. . . . global tides are shifting” (p. 15).

Why? For Kirshner, the turning point was the global financial crisis of 2007–2008, which he describes as “an important inflection point in the trajectory of international relations” (p. 2). He offers three central contentions. First, the crisis brought an end to what he describes as the “second U.S.