The Taliban Revival: Violence and Extremism on the Pakistan–Afghanistan Frontier, Hassan Abbas 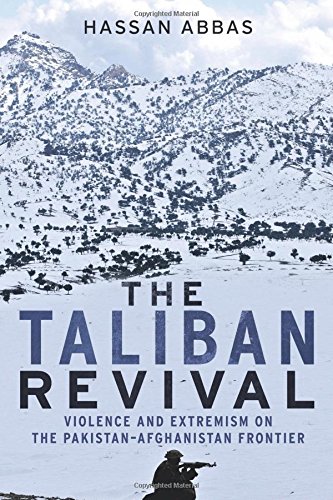 This book chronicles the post-2001 political turmoil on either side of the Pakistan–Afghanistan frontier that catalyzed the revival of the Afghan Taliban and the emergence of a Taliban movement in Pakistan. It provides a sane Pakistani perspective on why international intervention did not solve the Taliban problem, and it explores the myriad attendant subplots of Pashtun­wali, drones, suicide bombing, proxy warfare, jihad and organized crime, the rise and fall of Pervez Musharraf, A.Q. Khan’s nuclear proliferation, South Asian regional competition, policing, education, and so on. But for the inside story of the Taliban movements themselves, the reader will have to look for more specialized texts.

The broad narrative is familiar to students of South Asia. The Afghan Taliban emerged from its country’s civil war in the 1990s, captured Kabul in 1996, and experimented in Islamic authoritarianism. Youngsters from Pakistan’s tribal areas also volunteered to serve in the Taliban army. The collapse of the Taliban government pushed the remnants of its “foreign legion” into Pakistan’s tribal areas, where they were hosted by Pakistani veterans of the Taliban. A cycle of botched military operations in the tribal areas, alternating with ill-conceived “peace agreements” allowed emergent Pakistani militant groups to exp