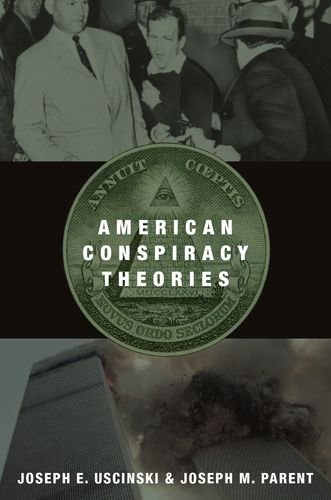 Conspiracy theories have found true believers at all times in all parts of the world, but the United States in particular has a long history of persistent rumors and full-fledged conspiracy theories spanning from colonial times to the early twenty-first century. Some scholars have suggested that the ethnic, racial, and religious mix of immigrants stirs anxieties of subversion by alien plotters teaming up with homegrown conspirators, such as Masons, Catholics, Mormons, Jews, Communists, and, most recently, Muslims, who are, according to the birther conspirators, in cahoots with President Barack Obama, allegedly a foreign-born Muslim. Wars, major man-made disasters such as the September 11 attacks or the recent Ebola epidemic tend to result in new conspiracy theories.

Scholars from a variety of fields, such as history, political science, psychology, and sociology, have contributed to our knowledge about the history of conspiracy theories, the economic and political conditions that breed these beliefs, and the peculiarities of wide-ranging conspiracy beliefs. Although scholars as well as the news media reveal a great deal about particular conspiracy theories, we know far less about long-term frequency trends and even less about the traits that make conspiracy theorists. In a welcome effort to address that knowledge gap, the authors of American Conspiracy

A Lot of People Are Saying: The New Conspiracism and the Assault on Democracy, Russell Muirhead and Nancy L. Rosenblum Reviewed by Brigitte L. Nacos

Terrorizing Ourselves: Why U.S. Counterterrorism Policy Is Failing and How to Fix It, Benjamin H. Friedman, Jim Harper and Christopher A. Preble, eds. Reviewed by Brigitte L. Nacos

From the Bonn to the Berlin Republic: Can a Stable Democracy Continue?, Lewis J. Edinger and Brigitte L. Nacos


Who Deliberates?, Benjamin I. Page
Reviewed by Brigitte L. Nacos