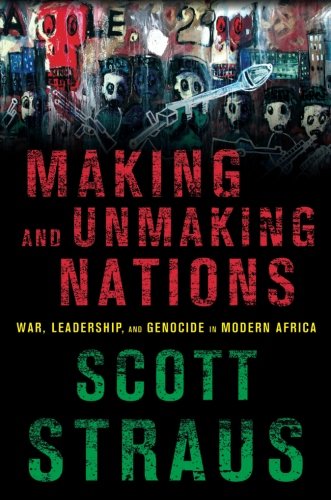 Genocide studies do not make for fun reading. Scott Straus’s latest book might not violate this rule, but it bends it. This is an exciting, erudite, thought-provoking, and highly readable book. It engages with the highest levels of scholarship on genocide and African politics while remaining largely accessible to general readers, and it offers a new comparative theory of genocide that is both illuminating and intuitively appealing.

Straus’s premises are simple. He focuses only on African countries so as to avoid the excessive variance in cases that typically makes inference difficult in genocide studies (so much is different between, say, the Armenian, Cambodian, and Rwandan genocides as to make it hard to pinpoint causal mechanisms). And he looks at both cases of genocide (Rwanda and Sudan’s Darfur) and of nongenocidal violence (Côte d’Ivoire, Mali, and Senegal’s Casamance) to tease out the factors that lead to both escalation and restraint.

Chapters 1–3 build up his theory, where both context and agency matter. Whether genocide occurs or not, Straus writes, depends on both the extent of the security threat faced by a regime and the ideological interpretation of this threat. In countries that have a “founding narrative” in which one group has privileged access to or ownership of the sta

Oil and Politics in the Gulf of Guinea, Ricardo Soares de Oliveira Reviewed by Pierre Englebert