The CIA and the Soviet Bloc: Political Warfare, the Origins of the CIA and Countering Communism in Europe, Stephen Long 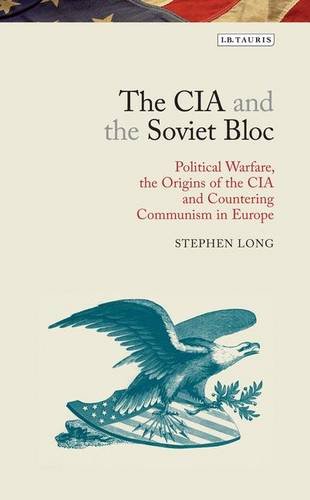 Of the making of books on U.S. Cold War policies there is no end, especially on the dawn of that long struggle. A vast and complicated topic, it features momentous events, high stakes, colorful personalities, and—with certain exceptions—rich source material.

Not a few historians have ventured where those sources taper out by studying American intelligence operations during the early Cold War. Sarah Jane Corke and Gregory Mitrovich, for example, separately mined National Security Council records for reflections of covert action planning and found that bureaucratic and strategic ambitions outstripped America’s embryonic secret capabilities. Peter Grose and Evan Thomas even gained narrow access to internal Central Intelligence Agency (CIA) histories and presented critical but nuanced overviews of the CIA’s operations. Stephen Long, a lecturer at Canterbury Christ Church University, recently added his own title to this literature.

Long’s The CIA and the Soviet Bloc was admirably well produced by its publisher; it is an attractive, thoughtfully designed, and durable tome that readers will find easy to use. Unfortunately, its substantive contribution is only modest.