The Supply Side of Security: A Market Theory of Military Alliances, Tongfi Kim 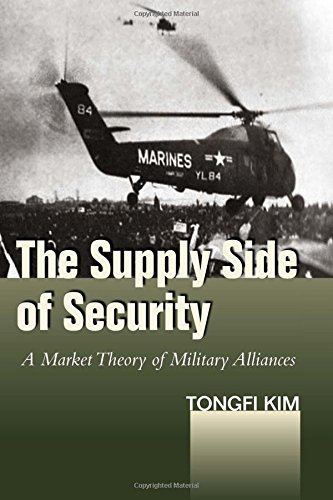 This book provides a very welcome contribution to the literature on bargaining within military alliances. In The Supply Side of Security, Tongfi Kim presents a market theory of alliances in international politics and makes a compelling case that alliances are not only responses to threat but also means of exchange. In this view, the price that states pay for obtaining security is a function of supply and demand, and states may choose to rely on another country to provide some or all of their security in exchange for other goods—including but not limited to basing access and economic compensation. Kim focuses on two factors that he argues can explain significant variation in bargaining leverage between allies: the distribution of power in the international system (polarity) and the domestic politics of allied partners.