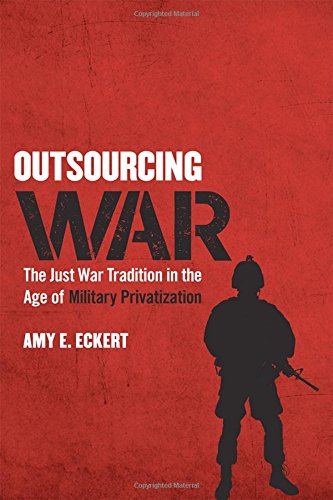 Is just war thinking flexible enough to address the unique ethical problems of contemporary warfare? In this book, Amy E. Eckert takes up the problem of military privatization, asking whether the just war tradition can adequately address the ethical problems posed by states’ increasing reliance on private military companies (PMCs). Such corporations—including the now defunct Blackwater—provide a variety of services to the states that hire them, from logistics to combat.