The 9/11 Terror Cases: Constitutional Challenges in the War against Al Qaeda, Allan A. Ryan


Reviewed by Stephen I. Vladeck 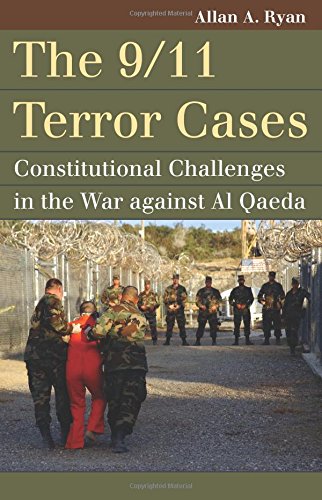 In retrospect, it now seems obvious that the zealous counterterrorism policies pursued by the U.S. government in the aftermath of the September 11 terrorist attacks would provoke years of litigation—and, in some cases, sustained pushback from the federal courts. But as Allan A. Ryan explains in this usefully concise and succinct volume, that endgame was hardly obvious at the beginning, as government lawyers pushed the envelope not only on substantive authorities ranging from military detention and interrogation to surveillance and immigration roundups but more fundamentally on the role of the courts as well, arguing for an almost nonexistent judicial role in supervising counterterrorism policy.

Ryan’s volume recounts the story behind, and rulings in, four major U.S. Supreme Court rulings militating rather sharply in the other direction, including a pair of 2004 decisions involving the government’s power to detain (and the courts’ power to review the detention of) enemy combatants; a 2006 ruling striking down the first iteration of the Guant,anamo military commissions; and a landmark 2008 precedent rejecting efforts by Congress to prevent the courts from hearing habeas petitions from noncitizens held without trial at Guantanamo. Ryan’s book offers not just a fantastic and accessible exegesis of these complex rulings but a narrative