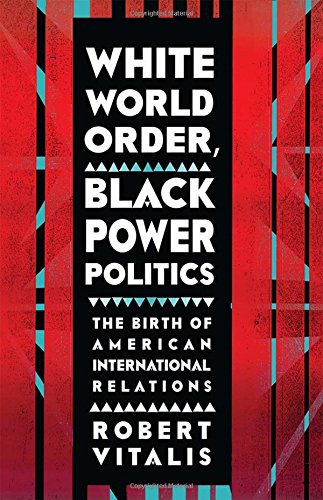 It is not often that a book completely challenges the way you think about a given subject. White World Order, Black Power Politics is a book that debunks much of the conventional wisdom that students and practitioners have about the discipline of international relations that has ostensibly sought cognitive authority over the subject matter of international politics. Yet, as Robert Vitalis explains, the subject that mattered most to the early pioneers of the field was race and race relations. Incredulously, he demonstrates that the early ancestors of the modern social science discipline of international relations were preoccupied with issues of imperialism, empire, and race war. More than anything, they worried about the possibility of a race war leading to the end of the world hegemony of whites.

After reading Vitalis's book, one is left wondering how we have come to forget, or ignore, the centrality of race in the development of international relations. Nothing illustrates Vitalis's revisionist thesis better than when he chronicles the story of how the field's very first journal, the Journal of Race Development, first published in 1910, was sold to the Council of Foreign Relations in 1922 and renamed Foreign Affairs. This is just one of the many fascinating stories that is carefully chronicled in this groundbreaking book.