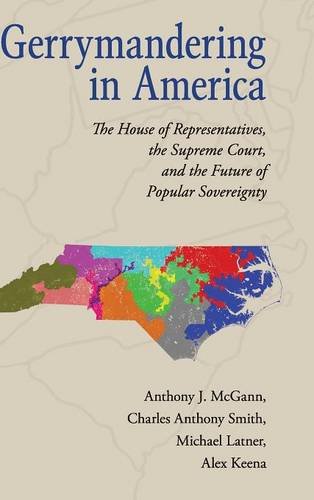 The authors of this new book bravely attempt to clear a path through the political thicket of legislative redistricting. Redistricting, an incredibly complicated and controversial process, is a topic of significant interest to both political scientists and legal scholars.

The strongest chapters of this book document the extent of partisan gerrymandering in the United States and explain why gerrymandering biases political representation (largely in favor of the Republican Party). The book features state-by-state measurements of responsiveness and partisan bias. The authors’ analysis of partisan bias is particularly compelling in that it does not require one to assume uniform shifts in voting across districts.

While recognizing the threat of partisan gerrymandering, the U.S. Supreme Court has largely sidestepped the issue. In 2004, the Court decided Vieth v. Jubelirer, in which the late Justice Antonin Scalia, writing for a four-justice plurality, held that there “are no judicially discernable and manageable standards” for adjudicating these types of disputes. The legal standards applicable in these kinds of cases are so convoluted that the Vieth case produced no fewer than five separate opinions, none of which commanded a majority.

McGann, Smith, Latner, and Keena maintain that there is a workable standar