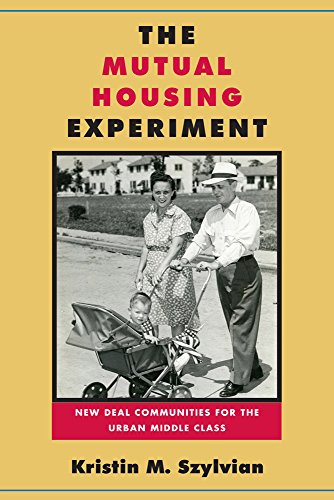 The political era of the New Deal was nothing if not exceptional. By realigning political coalitions, the dual crises of the Great Depression and World War II gave the federal government an opportunity to systematically intervene in the economy and society. Yet in many cases, these interventions were also innovations. In conditions of crisis, politicians, experts, and labor organizers drew on both expertise and tacit knowledge to develop and test out new programmatic ideas. One such experiment, chronicled in Kristin M. Szylvian's excellent book, was the construction of cooperative housing under the auspices of the Federal Works Agency (FWA). In the small handful of communities developed under the FWA's Mutual Plan, residents collectively owned and managed affordable housing. Yet the project was stillborn. By the 1950s, policymakers had turned their attention toward the idea of “home ownership for all,” supported by the federal subsidy of commercial market mortgages.

Szylvian's narrative forces us to reexamine the New Deal as a moment of government experimentation delimited by powerful market actors. The ideas that animated the Mutual Plan emerged organically from reformers’ on-the-ground experiences with federal emergency relief efforts. One of these reformers was Colonel Lawrence Westbrook, a Texas politician turned New Deal admin

Federalism and the Politics of Bottom-Up Social Policy Diffusion in the United States, Mexico, and Canada, Philip Rocco