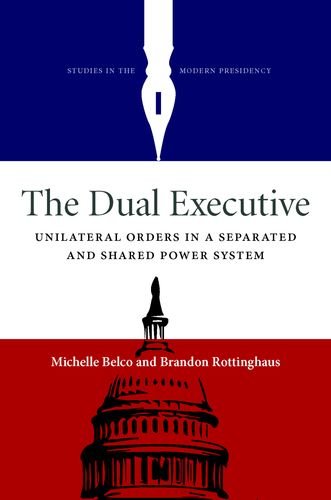 In responding to Richard Neustadt's Presidential Power and the generation of scholarship on the presidency that followed its publication in 1960, students of what might be termed the “new paradigm” in the presidency studies literature sought to emphasize the tools that are at the president's disposal that allow for the exercise of unilateral executive power. Although works in this vein exhibit a considerable degree of nuance, the main takeaway is clear: the president often holds a significant first-mover advantage over the coordinate departments and can act to implement policy “with the stroke of a pen.”

Michelle Belco and Brandon Rottinghaus seek to qualify this view to some extent in their new book. Instead of treating executive orders and proclamations as undifferentiated units that only offer evidence of presidents pursuing their own policy goals, as is done in much of the literature on presidential power, Belco and Rottinghaus make the crucial distinction between orders that see the president taking on more of an administrative role (routine orders) and those in which the chief executive acts as an independent (command orders). In normative terms, much is at stake here, as the dominant theoretical understanding of executive unilateralism leaves little room for power sharing with Congress. Consequently, worries of an