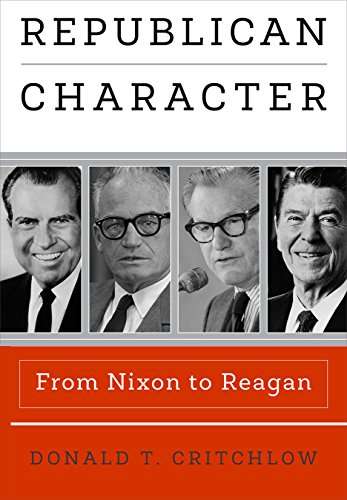 Character counts. That phrase appears in schoolrooms across the country, and many scholars regard it as an empty cliché. But it also points to a political insight: a political leader's performance depends not just on circumstance and ideology but also on personality and temperament. In this useful and well-written book, Donald T. Critchlow elaborates on this point by examining the careers of four Republicans: Richard M. Nixon, Nelson Rockefeller, Barry Goldwater, and Ronald Reagan.

In 1960, Rockefeller threatened to challenge Nixon for the GOP presidential nomination, and eight years later, he ran against him. Despite his vast wealth, Rockefeller fell short. Critchlow argues that his character was as much an obstacle as his liberalism. In 1964, while Nixon was making peace with Goldwater supporters, Rockefeller went out of his way to alienate them, thereby scuttling his chances in an increasingly conservative party. Critchlow links this miscalculation to the same hubris that Rockefeller had displayed throughout his governorship of New York. Nixon's eventual downfall stemmed from a different flaw: a deepening sense that enemies surrounded him. Critchlow suggests that this flaw grew out of the attacks and betrayals that Nixon endured in the 1950s and early 1960s. There is truth in that argument, but a large residue of mystery still surrounds Nixon&