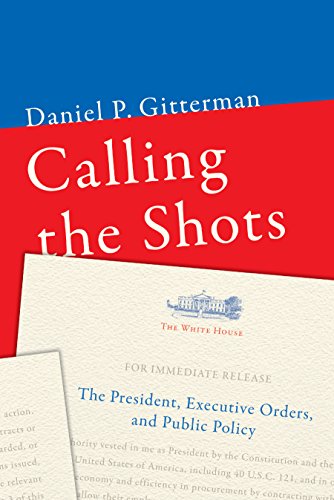 Though executive orders have recently taken center stage in scholarly and public consideration of public policy, presidents have long wielded this unilateral tool for political purposes. In Calling the Shots: The President, Executive Orders, and Public Policy, Daniel P. Gitterman examines the most common yet fruitful ways presidents use these orders to pursue policy goals through their official role as head of the executive branch, or as he deems it “the CEO of the largest and most powerful enterprise in the United States” (p. 2). More specifically, he focuses on three distinct strategies to derive power from the chief executive's management role over the federal procurement process (“power of the purchaser”), the civil service (“power of the employer”), and the distribution of health care (“power of the payer”). In several chapters, the author meticulously describes how presidents from Franklin D. Roosevelt to Barack Obama issued executive orders in these ways by building on previous authority and acting within their legal boundaries.