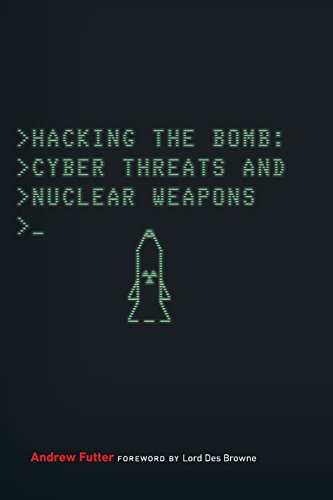 Concern about the potential of computer processing glitches to undermine the command and control of atomic weapons—leading to an inadvertent launch—has formed an aspect of the debate about nuclear war for over half a century. Perhaps the best-timed and most apt contribution to the public discourse on this issue was the 1962 novel Fail-Safe, by Eugene Burdick and Harvey Wheeler. Released right in the middle of the Cuban missile crisis, the book featured a few U.S. Air Force pilots doggedly pursuing their mission—to bomb Moscow—on the basis of a computer-coding mistake. In his last-minute hotline conversation with the American president, the Soviet premier laments that “at some point in the last ten years we went beyond rationality in politics. We became prisoners of our machines” (p. 277). Moscow is incinerated. To avoid a general nuclear war, the American president orders a tit-for-tat destruction of New York—by pilots of the U.S. Air Force.

Now, in his deeply researched and artfully written Hacking the Bomb, Andrew Futter has added a key nuance: the machines upon which the complex systems that command and control nuclear weapons depend may themselves become prisoners of skillful hackers. If the hacks are perpetrated by the forces of nation-states, he argues, the likely purpose will be to disrupt adver