The Logic and Limits of Political Reform in China, Joseph Fewsmith 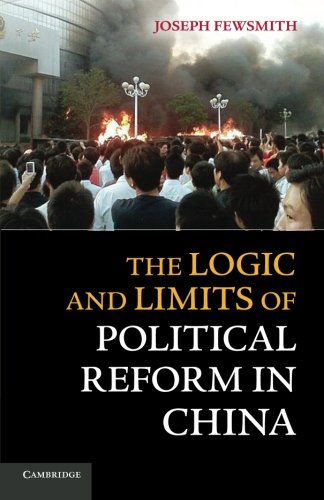 China’s meteoric rise as an economic powerhouse has many China watchers wondering about its potential for political reform. Will China democratize? If so, how and when? Joseph Fewsmith warns against such optimistic hopes for political reform by carefully analyzing several key examples of political experi­mentation in recent years, none of which have become permanently institu­tionalized. According to Fewsmith, the greatest challenge to political liberalization lies in the contradiction between the Communist Party’s central­ized control over cadres and efforts to monitor the behavior of local officials. So long as power, including the right to promote, remains concentrated in the hands of a few members of the Party, any attempts to draw a clear line between state and society will produce limited results.

The real gems in this volume are the case studies that Fewsmith uses to show why political reform remains stunted, especially at the local levels. Fewsmith draws on existing research and theories to locate some of the most likely places in which to find the seeds of political reform in China. Sichuan province, a relatively poor area in the southwest, saw frequent clashes between impover­ished peasants and local cadres over taxes and land requisitions. Limited economic growth ma