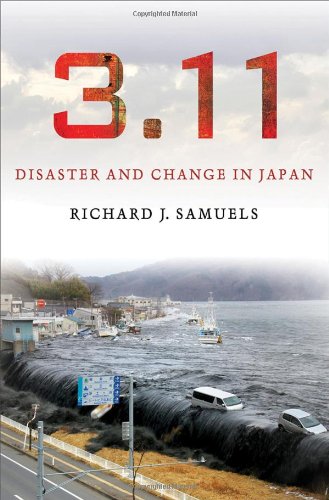 In Japan, “3.11” was quickly declared a galvanizing crisis. The compound disaster of earthquake, tsunami, and nuclear meltdown, many held, would mark an indelible dividing line, reshape the country’s political institutions, and define its historical epoch. Has that happened? No comprehensive answer is possible, but Richard Samuels provides an expert interim report on how Japan’s “political entrepreneurs,” “elites, ”and “chattering classes” (pp. x–xi), interpreted 3.11 and sought to translate its ostensible lessons into national policy. While this is not a work of ground‐level reportage or a study of regional reconstruction, it is clearly the product of a deep sympathy for the disaster’s immediate victims and Japan as a whole.

Samuels begins by describing the institutional responses that followed when “sudden devastation”was added to the “slow devastation”(p. x) wrought by years of economic downturn. Next, he presents his own analytical framework, and moves on to review the consequences of four of Japan’s major earthquakes in modern times, other major disasters elsewhere, and the mixed evidence for the transformative potential of “disaster diplomacy.”