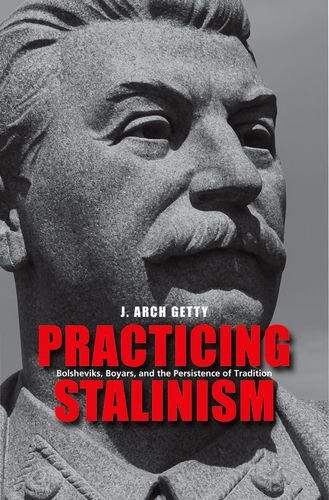 In this brilliant new book, J. Arch Getty upends the idea that the Soviet Union was ever governed by a hierarchical or bureaucratic Communist Party. Instead, he argues, an informal, personal patronage system of networked politics en­dured from the rise of the Muscovite princes in the fifteenth century, straight through to President Vladimir Putin today. While the players changed, as did the social backgrounds and “clans” that defined them, the practices remained the same. The book pays special attention to the period from 1920 to 1937, the time when brutal Soviet leader Joseph Stalin was consolidating his rule. It is based on Getty’s 20 years of archival research in Russia, and his thorough review of what recent Russian historians have written about their own past.

History books are not often reviewed by political scientists, but this one has great relevance for understanding Russian politics today. Getty argues that the patterns of the past are followed unthinkingly (what philosopher Pierre Bour­dieu called “habitus”). Putin is not merely imitating the tsars in his choice of cultural symbols; instead Russian elites believe that he serves the same function as the tsars of old, keeping diverse politica

Organizations at War in Afghanistan and Beyond, Abdulkader H. Sinno Reviewed by Kimberly Marten

Immigration Phobia and the Security Dilemma: Russia, Europe, and the United States, Mikhail A. Alexseev Reviewed by Kimberly Marten