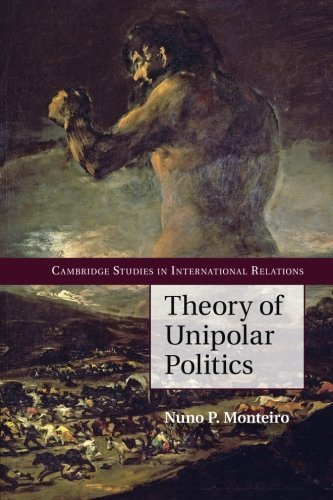 The durability and peacefulness of the United States’ “unipolar moment” have been the subjects of much scholarly attention since the end of the Cold War, with some warning of impending decline, while others predict a long period of stability. Nuno P. Monteiro contributes to this debate by building a theory that methodically engages these subjects. In doing so, he advances our theoretical understanding of the incentives unipolarity creates for the unipole and for other states, and he does great service to contemporary discussions about the future of American grand strategy.

In evaluating unipolarity’s durability, Monteiro places special emphasis on the importance of the nuclear revolution. He argues that the pacific effect of nuclear deterrence on international politics makes conventional military balancing among nuclear-armed major powers less necessary for survival, thus allowing the unipole to retain its military edge. The effects of nuclear weapons are not an unmitigated good, however, as Monteiro also asserts that they are a source of conflict betwee

The Supply Side of Security: A Market Theory of Military Alliances, Tongfi Kim Reviewed by BRIAN BLANKENSHIP