The Soul of Armies: Counterinsurgency Doctrine and Military Culture in the US and UK, Austin Long 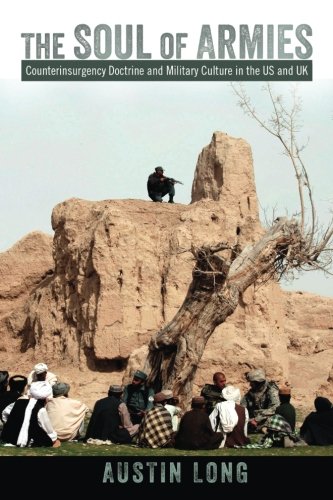 New military field manuals rarely generate much interest. Such documents, chock full of acronyms and unfamiliar lingo, populate military libraries but not public ones. But in December 2006 the U.S. Army and Marine Corps released Field Manual 3-24, Counterinsurgency, to great fanfare. The manual supposedly heralded a new approach to the war in Iraq, where U.S. forces were blamed for employing conventional tactics against an unconventional enemy. Instead of large-unit and firepower-intensive operations against insurgents in the field, the new guidance focused on protecting civilians in their communities. General David Petraeus was the lead author of the manual, and he was promoted to command coalition forces in Iraq almost immediately after its publication. The reduction in violence during his tenure seemed to validate the concepts in FM 3-24, and suggested that the army had finally implemented the right doctrine for this kind of war.

Austin Long demolishes those claims. He shows convincingly that the army largely continued to fight in Iraq as it had before the arrival of General Petraeus; that army commanders largely ignored doctrine as written in FM 3-24; and that improvements in the security situation were attributable to other factors. In making these arguments, Long provides an important addition to the literature on military innovation, battlefield