Post-Racial or Most-Racial? Race and Politics in the Obama Era, Michael Tesler 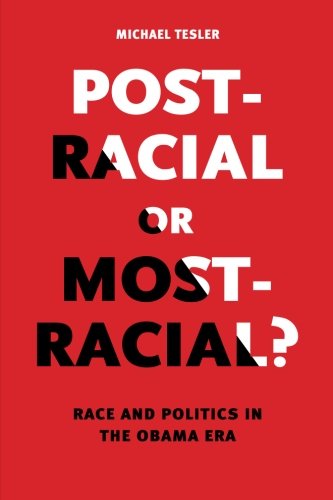 After the historic 2008 election of President Barack Obama, many pundits proclaimed that the United States had entered a new era in which racial prejudice no longer existed. However, numerous scholarly works, including Michael Tesler’s first book, Obama’s Race (coauthored with David Sears) debunked the notion of a postracial era. Obama’s Race demonstrated that the historic nature of a potential black president made race more accessible in the minds of many Americans, compared with previous presidential campaigns. In many ways, Tesler’s solo-authored book, Post-Racial or Most Racial: Race and Politics in the Obama Era can be thought of as the sequel to Obama’s Race.

The premise of Post-Racial or Most Racial is that President Obama’s position as the most prominent figure in American politics ushered in a most-racial political era in which mass politics was divided by and over race, a phenomenon that Tesler refers to as “the spillover of racialization hypothesis.” As in his other work, Tesler relies on an impressive variety of surveys and research designs to advance his argument. Although alternative hypotheses are scrupulously considered, Tesler convincingly demonstrates that racial attitudes’ influence on a variety of political evaluations increased significantly a