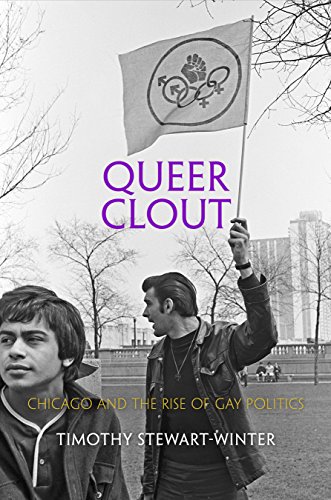 Timothy Stewart-Winter has written an important political history of the growth of the lesbian and gay rights movement in Chicago, one that fills a notable gap in a literature that has focused primarily on the movements in New York, Los Angeles, San Francisco, and Washington, DC. Beyond this geographic gap, Stewart-Winter also argues against the common pre/post-Stonewall narrative that pervades much of the development literature on the movement. As he states, the “book instead emphasizes the continuities between the 1960s and 1970s, as activists from both generations focused on challenging police brutality, entrapment, and street harassment, as well as raids on gay bars” (p. 5). This was a more practical politics that was born of the power of the Richard Daley machine and its obsession with removing the city of “deviates” as a way to please the working-class white Daley base. Indeed, the author notes that the Stonewall riots “barely registered” (p. 86) with Chicago activists. This history contributes to the rethinking of the role of Stonewall and more radical politics in the early 1970s.