The al-Qaeda Franchise: The Expansion of al-Qaeda and Its Consequences, Barak Mendelsohn 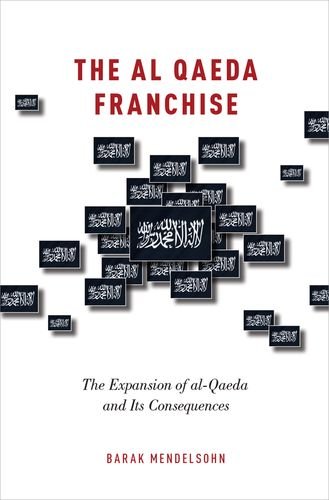 In February 2016, Director of National Intelligence James Clapper testified to the Senate Armed Services Committee that “Al-Qa’ida’s affiliates have proven resilient and are positioned to make gains in 2016, despite counterterrorism pressure that has largely degraded the network’s leadership in Afghanistan and Pakistan.” This assessment, coming after nearly 15 years of global counterterrorism efforts led by the United States, was surely disheartening to many who heard it. Yet Barak Mendelsohn, in the conclusion to his penetrating analysis, published just a month before Clapper’s testimony, argues that “Al-Qaeda’s position is weaker than anytime since it became a household name worldwide, synonymous with non-state terrorism” (p. 211).

How to resolve this seeming paradox? Mendelsohn offers a powerful explanation by combining a theoretical framework for considering the strategic choices of a terrorist group seeking to expand with careful empirical examinations of al Qaeda’s expansion. Mendelsohn observes that groups seeking to expand generally seek to do so by drawing on available resources to grow organically “by forming cells and carrying out attacks in new locations” (p. 35). Yet in some instances, terrorist groups seek to expand by developing relationships with other terrorist groups. Expa