Reviewed by David A. Deese 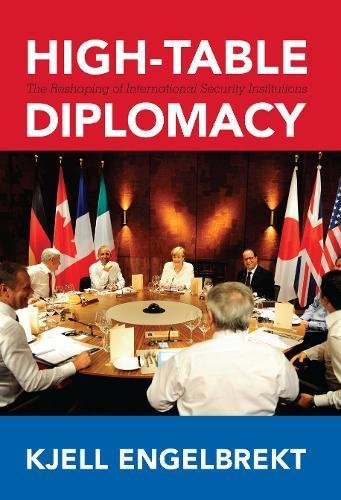 This book investigates a less studied area of scholarship: how formal international security institutions often rely on informal processes and how informal institutions establish connections with formal ones. It focuses on the great powers—the five permanent members (P5) of the United Nations Security Council (USNC) and the G7/G8—and rising middle and second-tier great powers (for example, those occupying the rotating seats of the UNSC and the other G20 states) and concludes that as these institutions interact and inter sect, they are self-correcting and mutually beneficial.

The book assumes that multilateralism declines in utility after the mid-1990s because of the lack of progress in trade, UNSC reform, and climate and the BRIC states’ dissatisfaction with their roles and power. In addition, Western-oriented institutions are no longer meeting great power expectations or providing the prestige sought by rising powers.