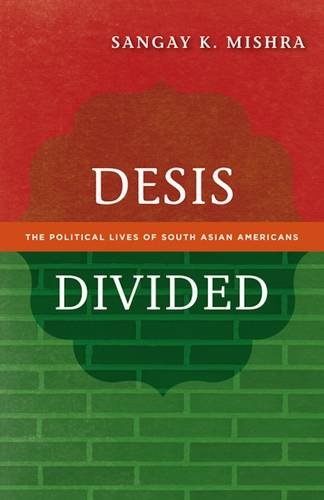 Since America reopened its gates in 1965, new immigration has been a central driver of racial and ethnic diversity in the country. Yet while most celebrate the fact that today’s new immigrants hail from a number of different nations across the globe, Sangay K. Mishra’s book Desis Divided also reminds readers that even within one particular migration stream—in this case, immigrants from South Asia—there exists significant class, religious, and ethnic diversity that is often overlooked by scholars. A core objective of this book is to show how this diversity is reflected in the political mobilization strategies employed by South Asian groups. Desis Divided thus offers a distinct approach to studying immigrant political engagement. Rather than focus on the common political agendas shared by all South Asians, the book documents the important political variation that exists within this community.

Mishra’s central claim is that a collective racial identity is not necessarily the best political strategy for all immigrant groups to address their needs. His argument is put in direct contrast with the more dominant argument, which contends that because American politics functions as a majoritarian system, the best mobilization strategy for minority groups is to exert a “strength in numbers” approach by mobilizing