In Rome We Trust: The Rise of Catholics in American Political Life, Manlio Graziano 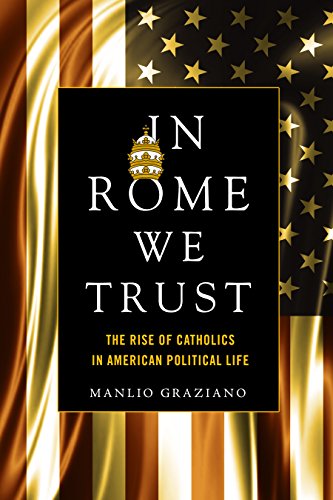 In May 2017, word leaked that White House press secretary Sean Spicer, reportedly an observant Catholic, had been snubbed from inclusion on the guest list to meet Pope Francis during President Donald Trump's visit to the Vatican. The episode could serve as a cautionary coda to Manlio Graziano's intriguing analysis of Catholicism's relationship to the American project. On the one hand, as the volume ably documents, Catholics have moved into the mainstream of national-level political life in America, and vice versa. At the same time, this populist moment, in America and elsewhere, raises questions about the durability of that progress in the face of partisanship and shifting great-power politics.

While Graziano is not the first to note the changing place of Catholics in American politics, he brings an international, “geopolitical” perspective to his subject matter. In Rome We Trust charts the progress of Catholics in American political life, as the subtitle indicates, while also paying significant attention to the rise of Americans within the Vatican. In Washington, Catholics occupy positions of influence within executive, legislative, and judicial branches with little controversy. In the Vatican, a large cohort of American cardinals wielding significant financial purses enjoy influence unthinkable at the American founding. Grazia