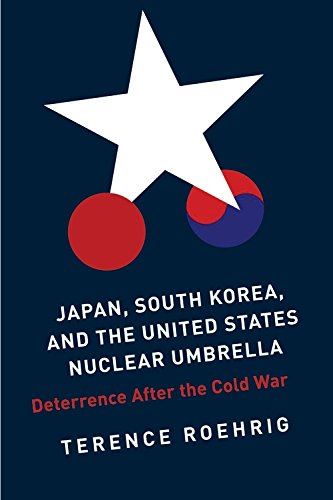 As the world awaits the next development in the nuclear standoff between U.S. president Donald Trump and North Korean leader Kim Jong Un, it is important to take a look at the role of the U.S. nuclear umbrella in the region, to gain some perspective on the risks that we are currently facing. Terence Roehrig provides such a historical review in his thoughtful new book.

Roehrig begins with a crisp primer on nuclear deterrence theory. He then offers a detailed assessment of the capabilities of the main actors involved—the United States as well as North Korea and China, Washington's potential adversaries—and a rich analysis of diplomatic exchanges between the United States and its allies in the region—South Korea and Japan—from the early days of the alliance.

Ultimately, Roehrig concludes that the U.S. nuclear umbrella is incredible but nevertheless useful. It is incredible because using nuclear weapons would impose unreasonable costs, slow down military operations, complicate reconstruction efforts, kill civilians in North Korea, and endanger others throughout the region, tarnishing American reputation (pp. 168–170, 188–189). Nevertheless, the U.S. nuclear umbrella is useful because it signals Washington's resolve to defend its allies—if only with conventional weapons. The umbrella also serves Washington