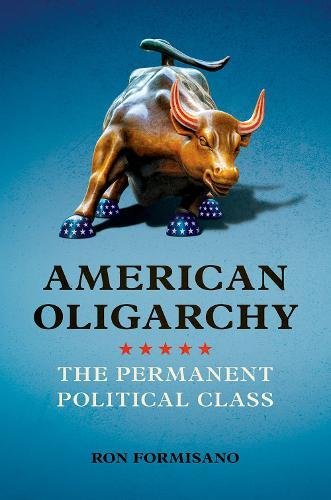 Is the United States a real democracy or an oligarchy masquerading as a democracy? Questions about the extent to which elites dominate American politics drive much scholarship in the social sciences. Research pursuing this line of inquiry confronts many important questions: Which elites dominate which arenas of American politics, and under what circumstances? How (and when) does elite control wax and wane? When do elites cooperate with each other, and when do they struggle against each other?

Unfortunately, Ron Formisano's American Oligarchy: The Permanent Political Class does little to answer these questions. This self-described “muckraking” book (p. 203) is mostly concerned with documenting numerous instances in which elites, referred to as members of the “permanent political class,” use the tools of politics for their personal financial gain, exacerbating economic inequality. To its credit, the book is painstaking and thorough in tracing the paths through which some individuals use their money and political power to accumulate more of the same.

That said, the book is more notable for what it does not do than for what it does. For instance, it does not make much of a case for how it builds on the voluminous literature that preceded it. The argument that power tends to reproduce itself is certainly not a new one,