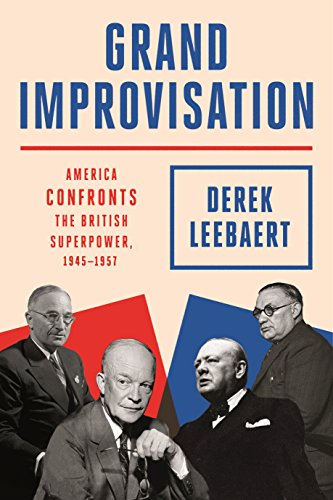 The title of Derek Leebaert’s sprawling book signals its intent to depart from orthodoxy. Missing are allusions to a “Special Relationship,” Britain’s retreat from Empire, or even the Cold War. The concept of America confronting a superpower other than the Soviet Union is jarring.

By titling his book in such an iconoclastic way, Leebaert will provoke some readers to read another book on Anglo-American relations in the aftermath of World War II. This is no mean feat. There are already enough of these in print to fill multiple bookcases. For the decade-plus that Leebaert examines, stretching from Yalta, Potsdam, and Hiroshima through Suez, Hungary, and Sputnik, not a great many new archives have been declassified. So the question is, should a reader wade through his more than 500 pages of text and almost 70 pages of notes?

The answer is a qualified yes. Leebaert misleads when, using William Fox’s 1944 definition of superpower—“great power plus great mobility of power” (p. 6)—he claims that only Britain qualified after World War II, whereas as late as 1950, the United States was a “superstate, not a superpower” (p. 254). But he is correct to highlight that America replaced Pax Britannica with Pax Americana reluctantly and incrementally. Both London and Washington exaggerated British capab