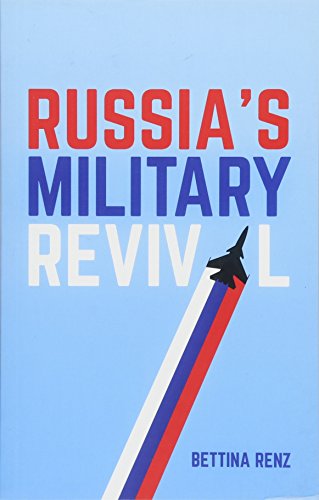 A book on this topic is long overdue. The rise of post-Soviet Russia under Vladimir Putin cannot adequately be told without the story of the military revival that is the focus of this detailed study. To her credit (and first chapter coauthor Hanna Smith), Bettina Renz is concerned with tempering any expectations the reader may have that what follows is a recounting of Putin’s military adventures. Rather, it is the “nexus between military power and foreign policy,” not the brute use of arms, that is the focus of the book (p. 19).

The aim is to contextualize the revival of Russia’s military within the full toolkit of its foreign policy, domestic politics, and ideological and historical sense of self. Militaries are valuable even if they do not fight; they have utility as symbols in domestic politics and as tools of disruption or harassment to incite an adversary to overreact, even if force, per se, is never used. Choosing Igor Orlov’s definition as the best, Renz intends to situate the revival of the military in terms of the historical quest by Moscow for derzhavnost, the power and greatness of the state to “influence and apply pressure” in the world (p. 23).