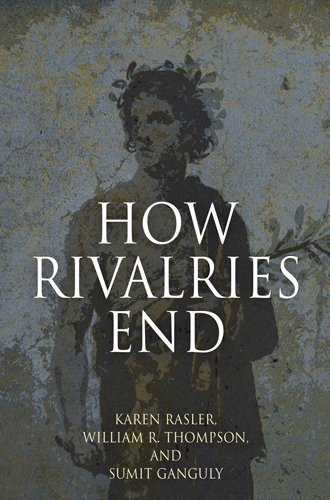 Studies of rivalry or the long‐standing competitions between the same pairs of states (for example, India and Pakistan), have been a central part of international conflict research for the past two decades. Because rivalries consume enormous national resources and policy attention, as well as being the context for most wars, research on them is more than of purely theoretical interest. In the early years, rivalries were primarily a case selection device, and most of the scholarly debates concerned operational criteria rather than theo­retical differences. More recently, scholars have focused on the initiation, dynamics, and termination of these competitions. The book by Karen Rasler, William R. Thompson, and Sumit Ganguly concentrates on the latter, and joins a series of recent related works such as Eric Cox’s Why Enduring Rivalries Door Don’t–End and Charles Kupchan’s How Enemies Become Friends.

The present book is a substantial contribution, perhaps the best work to date on rivalry termination. This is largely because, in the best social science tradi­tion, it incorporates the best of previous and often‐narrow explanations, and synthesizes them with new elements. The net result is a compelling case for the conditions associated with the end of rivalries, and, just as int

Casualties of the New World Order: The Causes of Failure of UN Missions to Civil Wars, Michael Wesley Reviewed by Paul F. Diehl

Peacekeeping Operations and the Quest for Peace, Paul F. Diehl