The Limits of Partnership: U.S.–Russian Relations in the Twenty-First Century, Angela Stent 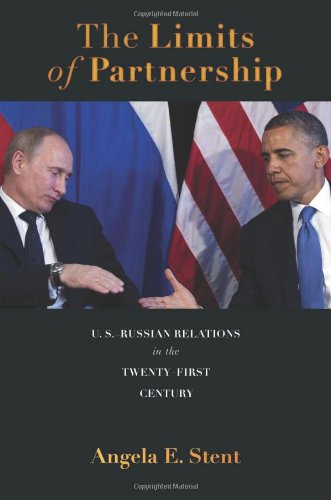 U.S. relations with Russia remain tense and difficult to understand. Since the end of the Cold War, the two nations have made several attempts to put their relations on a stable footing, each time discovering major differences in per­ceptions, worldviews, and interests. The two countries contribute greatly to shaping the world from Europe to Eurasia and the Middle East. Yet, despite the significance of these two nations, there are few studies available that systemat­ically assess the nature and dynamics of their relationships.

Angela Stent’s book seeks to fill this gap. The author identifies several cycles in U.S.–Russia relations, from George H.W. Bush’s attempt to strengthen ties with Russian leadership to Bill Clinton’s engagement with Boris Yeltsin to George W. Bush’s relations with Vladimir Putin and, finally, to Barack Obama’s ties with Dmitri Medvedev. Each time, expectations were high on both sides, and each time, the relationships soured and ended at a low point.

According to the book, what accounts for these cycles of rise and decline is the U.S. and Russia’s different worldviews, unrealistic expect