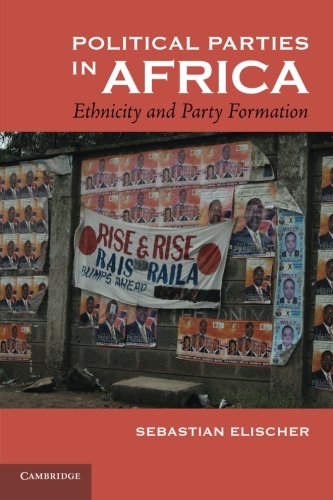 If you ask any lay person—or most scholars of comparative politics—about the motivation for party formation in Africa, they are likely to offer the same answer: ethnicity. In a welcome antidote to this orthodoxy, Sebastian Elischer argues that African political parties and party systems are much more diverse than that. He relies upon seminal analysis by Larry Diamond and Richard Gunther to propose a typology of five ideal varieties: the mono-ethnic party, the multi-ethnic alliance, the catch-all party, the programmatic party, and the personalistic party. While the first two types arise from ethnic foundations, the last three are distinctly non-ethnic. If nothing else, this book will discourage future analysts from lazily conflating all forms of party organization in Africa under an ethnic label.