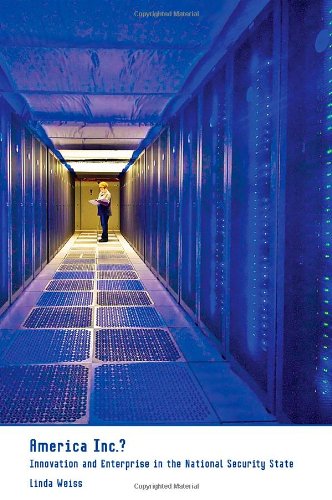 This dense, powerful volume offers profound insights into the U.S. innovation system and its driving forces. The driving forces are Americans’ twin desires for technology-based military supremacy (which demands government action) and small government (which militates against it). These twin forces have produced a highly successful, ever-evolving, and unique set of federal institutions and policies, which Linda Weiss calls the “national security state” (NSS). The NSS is the secret to American innovation. Since World War II, it has dominated high-risk innovation, revolutionary technological change, and the formation of new S&T-based industries. Weiss’s book also reveals that the NSS is not static, but changes in response to changes in perceived geopolitical threats and to shifts in popular anti-statist sentiments. The book explains why the NSS came about, how it works, and glimpses its future.

In doing so, Weiss seeks to discredit four popular myths. First, she evis­cerates the free-market purist explanation of American innovation. Weiss provides exhaustive evidence of how extensively the Federal government has been involved in U.S. science and technology since World War II. Individual entrepreneurs and marke